The first tweet in the history of Twitter, tweeted by one of the co-founders of Twitter – Jack Dorsey was purchased for $2915,835.47 due to power of NFT token.

Little moments of basketball games are being sold for hundreds of thousands of dollars by the NBA.

Not only this, a single jpeg was sold for 69 million dollars a few months back.

These transactions were carried out through the means of NFT tokens.

Okay enough news, let’s talk about what an NFT token really is.

What is an NFT Token? – Here’s All You Need To Know!

The web floods with complex definitions and we’re certainly not adding one more. In that case, let’s understand the NFT token with an example.

Imagine you want to order a black shirt for $25 from Zara.

The brand has multiple of those in the same size, range, and color you want.

As long as you get one that is identical to the rest, you don’t care which specific one it is.

All are interchangeable and carry the same worth to you consequently. In other words, they are replaceable.

However, if someone special gift you a black shirt, no other similar-looking shirt can ever replace it.

After all, that specific black shirt has an emotional value attached to it. It’s irreplaceable or what we call non-fungible.

This is exactly what the NF part of NFT implies.

It’s something that’s scarce and hence unique, like the Mona Lisa.

The T in NFT stands for token which is nothing but a viable representation of unique “ownership”.

So, NFT is a token with which you can purchase or sell non-fungible (one of a kind) digital assets like art, videos, in-game items, music, or anything else you can think of.

NFT is the new talk of the town (probably why you are here). But guess what? It’s been in the existence for 9 years.

Now, let’s delve into the past to understand the future of NFT tokens better.

Let’s jump back to 2012. This is the year when there were rumours about the world’s ending.

Barack Obama was the president of the US and Bitcoin was just 3 years old.

During the same year, NFT token was first mentioned by the name colored coin.

Yoni Assia, the CEO of eToro discussed the possibility of a new economic framework in one of his remarkable essays.

He talked about the transfer of a certain amount of bitcoin through a genesis transaction, separating these from the regular bitcoins.

These rare coins were called Bitcoin 2.X aka the colored bitcoins.

The theory was flawed and couldn’t succeed. But yes, it marked the beginning of a new journey called NFT tokens.

Later on in 2012, Anil Dash and Kevin McCoy created the earliest version of NFTs as an attempt to assert digital ownership.

After 2 years in 2014, we saw a new creation named Counterparty.io.

It was an open-source protocol on top of the Bitcoin blockchain (a ledger used to record transactions in a business) to facilitate the trade of collectible digital assets to extend bitcoin’s functionality.

At that time, it was used for meme trading.

After that, Rare Pepe Directory entered the world using Counterparty.

You must have seen the popular memes around Pepe the Frog.

Back in time, those were being used for trading. Insane, right?

John Watkinson and Matt Hall developed Cryptopunks (a set of 10,000 unique characters) on the Ethereum blockchain.

And then CryptoKitties appeard, which is a game around digital collectible cats.

The most expensive Cryptokitty ever sold was for $390,000.

Examples of NFT Token You Should Know About

Here are a few NFT tokens that you should definitely know about in 2021:

How Many NFT Tokens Are There?

The increasing buzz around NFTs is incredible!

It’s not practically possible to know the exact number of NFT tokens as there are hundreds of thousands available on different NFT marketplaces today.

But, not all these marketplaces can provide the same NFT tokens due to the token standards.

The first blockchain to create an NFT token standard ERC-721 was based on Ethereum.

What are the Uses of NFT Tokens?

With NFT tokens, digital items can actually be owned by people.

From facilitating a trustable transaction system to providing means to purchase invaluable real-world and digital assets, there are innumerable noteworthy uses of an NFT token:

The gaming industry embraces the use of tokens for premium and rare in-game collectibles. For instance, you can buy rare skins on PUBG using NFT tokens. Interestingly, NFT token also has the potential to solve internal gaming issues such as inflation.

Real world assets can now be tokenized using NFT token. A real painting by an artist can now be secured and even traded as tokens on the blockchain. Not only it immortalize the art but also gives due recognition to the artist and their art.

In addition to this, it also allows them to earn hefty profits and eventually generate a flowing income stream for themselves.

By using blockchain and NFT token, a non-forgeable degree/ diploma can be created to ensure authenticity, reinforcing trust in the education system.

How can an NFT token function as your identity? Use of fungible tokens allows identification and ownership data to be stored on blockchain. This makes the system a lot more transparent and safe.

I hope now you know what NFT is and what its true potential is, keep owning!

9 Best NFT Marketplaces for Creators & Buyers in 2021 or Beyond

What is NFT Art? - Explore Something You Have Never Did! 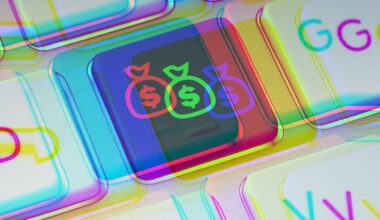 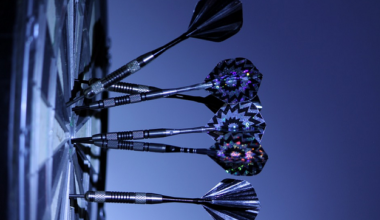 Read More
For decades, the concept of gaming has centered on entertainment. Players mostly focus on winning the games with…
GGeneral 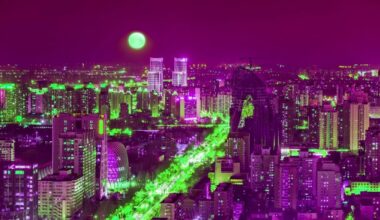 Read More
The concept of ownership is changing. This is nothing new because through the ages civilizations have used different…
GGeneral 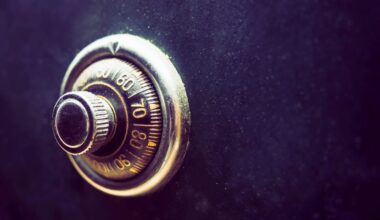