Allen Worlds is a defi game in which players can collect non fungible (NFT) tokens through their activities in the metaverse. It is one of the top games as seen from data available from DappRadar. This shows that there are 329,000 unique wallets that interact with the platform daily. These make 12.6 million transactions, which is a testimony to the peculiarity and popularity of this game.

Alien Worlds presents a number of ways through which players could earn. These include exploring the alien world and collecting NFTs by playing games. Provisions are also available to earn through participation in planet DAOs.

A DeFi Metaverse To Play And Earn

There are immense opportunities presented on Alien World. As a virtual metaverse, the user can invest in virtual real estates such as purchase and holding of virtual land with which they can earn by charging rental on tenants. They can also resell in the secondary market.

Mining and farming of a digital token, Trillium is also another way of earning on the defi platform. All these are done on the blockchain that the ERC-20 smart contract metaverse runs on.

What is interesting about Alien World games is that they’re mostly centered on mining, farming, fighting and adventure. They give the player the variety needed to meet their aspirations in gaming. The planet rewards that the player could earn can also be boosted if they stake their Trillium on the Alien World’s staking feature.

So essentially, the player can farm, stake, mine or make profit through the commission that they earn by buying, holding and renting land on the metaverse. Furthermore, battling aliens and other explorers gives the player the chance of winning valuable NFTs that are exchangeable in the market.

Another interesting feature of the gaming platform is its planetary council. This features the concept of a decentralized organization DAO in the administration and governance of planets. The explorer can acquire voting rights and even assume planetary leadership control through the voting system.

Communal participation in the DAO enables explorers to determine who assumes the leadership of planets in the metaverse. In the planetary council, participants can vote and be voted for. They can also stake their tokens to gain more voting power in the bid to determine the best leader for the planet.

There are several categories of non fungible tokens that a player can win or collect in the course of using the Alien Worlds. These NFT game cards can be sold in the secondary markets and are generally classified as:

Land which are on planets, Tools, Minions, Artifacts, Weapons and Avatars.

A digital collectibles (NFTs) class called Rarity in Alien Worlds are in six different levels. These are graded according to the difficulty in finding them – Abundant, Common, Rare and Epic. The rarest are Legendary and Mythical.

Another class of collectible tokens known as shininess are in four levels depending on how lustrous they are. These are Stone, Gold, Stardust and Antimatter. The player could assume the function of a forger who works on any of the NFTs to increase their luster and earn higher value tokens.

Trilium, the internal currency of the Alien Worlds ecosystem is a cross chain fungible token. It interacts with Ethereum’s smart contract chain (ERC-20), the Binance Smart Chain (BEP-20) and the WAX blockchain. The token was created with the vision of being multi chain and the team has the intention of making it supportive of more smart contract chains in the future.

Its utility within the metaverse is the basis for the functional economy that Alien Worlds has become. Its essence has been to become a means of transfer of value within the metaverse’s ecosystem as a tool that is distributed to all stakeholders in the ecosystem. The code behind its cross chain transfers are open source, making it easy to attest to the transparency of the platform.

The Trilium tokenomics factored in a mechanism that involves declining inflation despite allocation of 440 million TLM to land owners and explorers as compensation in its first year. The TLM is emitted daily as explorers interact with NFTs and compete in their quest to gain voting rights in planetary governance.

One of the strengths of Alien Worlds as a defi project is the versatility of its cross chain platform. The team has taken advantage of the interoperability of its chain to build an ecosystem with the potential of supporting NFTs built on external blockchains.

The defi gaming platform was created by Dacoco, a decentralized organization gaming firm based in Zug. The entity is a WAX validator and has expertise in building decentralized community platforms as seen with Alien Worlds. It is a member of Blockchain Game Alliance (BGA).

The development team has built a metaverse that is decentralized and specialized. The chains that interact on the platform are instrumental to its versatility. However, they are all contributors to its functionality. The NFT tokens available on Alien Worlds are all minted on one chain – the Wax blockchain.

However, Trilium, its internal token has been deployed on all three supporting chains of ERC-20, BEP-20 and WAX. The WAX chain bestows a feeless transaction functionality on the ecosystem, while the Binance smart contract chain is assigned with the staking functionalities of the metaverse.

The InterPlanetary File System (IPFS) responsible for the storage of NFT images is backed by the BSC and WAX blockchains. This facilitates on-chain access of data by off chain elements while ensuring that the NFT images remain decentralized. This is why it is possible for external game servers of prominent gaming platforms to interact with the Alien Worlds game play. It is not surprising to see games such as minecraft deployed on Alien Worlds due to this functionality.

The platform is designed for economic competition. This ensures that all participants in the metaverse benefit from the ecosystem through competing with NFT or other explorers in the metaverse. 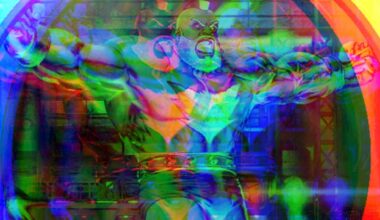 Read More
Decentralized applications are increasingly gaining the attention of developers. This is mainly because conventional game makers and their…
GGaming 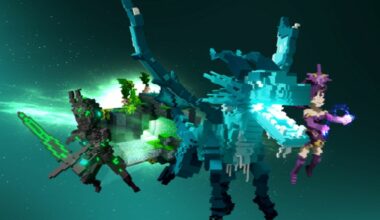 Read More
Sandbox games have come a long way since their inception. They have morphed to incorporate various genres as…
GGaming 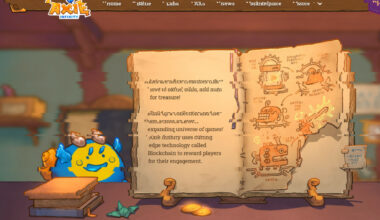 Read More
Axie Infinity has become one of the most popular decentralized app games on the internet. Data available from…